With its feverish energy, opulent nightlife, culture and chaos, the Brazilian megalopolis is a perfect setting for Joe Thomas’s debut crime thriller.

I went to São Paulo for love – a good reason to do anything – and stayed for 10 years. It’s the setting for my debut novel. The sheer size of the city is staggering: it takes a long time to fly in over the urban sprawl. You feel like you’re being drawn into the city on the drive from the international airport. The air gets heavier, the stink of the river stronger, the heat more intense. Flying into the domestic airport, you come so close to the skyscrapers you can almost see into people’s windows.

São Paulo feels like the centre of the world. Though the day-to-day grind is pretty full on – it makes London feel like a village – it’s an energising place. It’s not beautiful, it’s very dense and the traffic and crime are terrible, but it’s so full of life that you feel powerful, politicised and important.

There are more places to find peace and quiet than you’d imagine. Parque Ibirapuera is big and green, with people rollerblading and playing football, basketball and tennis, and two of the city’s best museums. The Museum of Modern Art is a bit like London’s Serpentine but much bigger, and amazing. The museum and park were designed by the great Brazilian architect Oscar Niemeyer, whose work is all over the city. And the Museu Afro Brasil gives a fascinating history of the country.

Another one not to miss is the house of the Maria Luisa and Oscar Americano Foundation. It’s the residence of a family of art, history and nature collectors, surrounded by lush greenery – when you walk in from the street the air suddenly feels a bit damper and cleaner. Oscar Americano established the foundation in 1974, two years after the death of his arts philanthropist Maria Luisa and months before his own death. 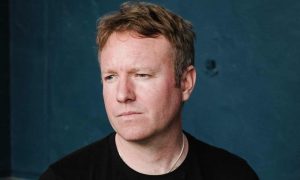 If you’re attracted to seediness as well as art and culture, you’ll find São Paulo fascinating – the two live side by side. In the old centre is Pinacoteca, a beautiful gallery, and Sala São Paolo, a classical music venue, just a few blocks away from Crackland, hell on earth in a beautiful part of town.

For extraordinary views (and expensive drinks) go to the 30th-floor View Bar in Jardins. In a lovely old-fashioned neighbourhood, it’s high above everything, the city rolling out below. It’s surrounded by a mix of office and residential blocks, so at dusk lights go off and on around town like some weird morse code as people leave work and go home. Jardins is probably the best area to stay in, too, with lots of great bars and restaurants. The rooftop Skye Bar in Hotel Unique has more great views and would be a perfect place for Bond to parachute on to. There’s a pool and the hotel’s shaped like a big boat.

My book, Paradise City, is named after the Paraisópolis favela, where a key incident happens at the beginning. Sao Paulo’s a great setting for crime fiction because of the huge gulf between rich and poor – there’s a disenfranchised underclass and a sense of lawlessness. It’s a place rich in culture, dripping in cash and undermined by political lawlessness. A crime novel allows access to these different worlds. Crime in São Paulo is run by a gang called PCC – from jail. On the weekend before the World Cup in 2006, they demanded wide screen TVs to watch the game. When the authorities refused they said they’d cause chaos across the city – and they did for three days. Police were attacked, buses hijacked and set on fire – when they authorities finally agreed to the TVs the mayhem stopped. It was that weekend that the seed of the idea for my novel was planted.

The best thing to do in São Paulo is eat. You have to have feijoada, a pork and bean stew that is Brazil’s national dish and traditionally eaten on Wednesdays and Saturdays. It’s said to have been invented by slaves who used to cook up left over hoofs, trotters and ears with beans. There are two versions: completa, where you might get a pig’s ear, or “light”, the genteel version with good cuts of meat. Try it at Figueira Rubaiyat, a beautiful restaurant built around an enormous fig tree.

The detective in my novel is constantly eating a pastel – a deep-fried pastry with a cheese or meat filling which you’ll find at stalls everywhere. Eat them with hot sauce, they’re crunchy and delicious.

Beside caipirinha, the key drink here is chope, draft beer. There are so many little bars – Bar do Juarez in Vila Madalena is a great chopperia, and Bar Léo, right in the centre, is tiny but the beer is out of this world. If you want nightlife, try Love Story (Rua Araujo 232) – it’s very famous: Nick Cave used to be a regular and Mike Tyson got arrested here. It doesn’t get going until 2.30am and attracts everyone from off-duty policemen and off-duty prostitutes to rich kids and criminals. The best way to end an evening is at a padaria (bakery) that sells beer, sharing a drink and swapping stories with strangers as the sun comes up.

Paulistanos (people from São Paulo) are very proud. They like to complain about their city, but no one else can! There’s a great rivalry between them and Cariocas (people from Rio). We think they’re trivial and lazy and spend all day on the beach. They think we’re work-obsessed and square and spend all our time in shopping malls!

Published by ” The Guardian “